2019 – events and activities in Gosport

with St Francis and St FaithG 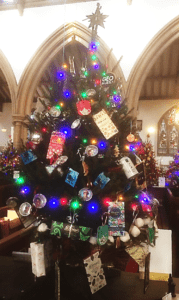 GFA decorated a tree to celebrate 25 years of the Fairtrade mark and publicise Fairtrade.

A Cubs’ cooking competition had a Fairtrade theme. GFA provided a judge. Bananas and chocolate featured widely in the recipes. Fairtrade roses decorated some of the tables and one group had made Fairtrade cotton napkins printed with the Fairtrade Mark. 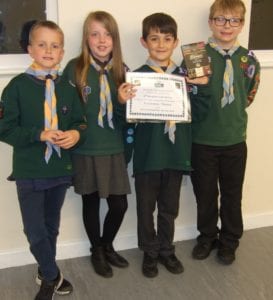 12th Gosport won the overall competition, while 6th Gosport (pictured) gained special commendation for their interpretation of the Fairtrade theme.

On Monday 20th May some GFA members together with people from Winchester, Fareham, Havant and Portsmouth Groups attended a talk at Café Coco, in Portsmouth.

Dr Matthew Anderson, Senior Lecturer in Business Ethics, University of Portsmouth talked about “The Future of Fair Trade: From citizen-consumers to circular economy”

The discussion explored the changes in the perception of Fairtrade from a charitable activity to a movement for social and economic change; from the points of view of business and consumers. He talked about his research to develop an exploratory framework based on an assessment of Fair Trade’s theory(ies) of change and the role of the ethical consumer as an agent of change. He identified four consumer narratives: simpler living and moral action; co-operation and solidarity; consumer demand and choice; and citizen-consumers.

Matthew Anderson, who organised the Fairtrade International Symposium at the University of Portsmouth in 2018, is researching the intersection between business, government and civil society.

His most recent publications include A History of Fair Trade in Contemporary Britain: From Civil Society Campaigns to Corporate Compliance (2015).

He is currently investigating the role of civil society advocacy as a driver of political and regulatory change.

GFA entered a team for “Fairtrade”.  We came a very creditable second and enjoyed a fun evening. 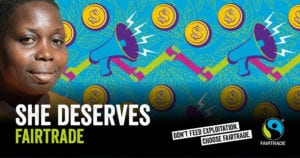 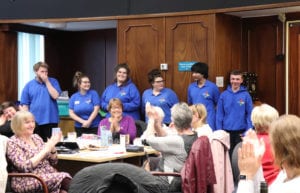 Donna Sherley, a member of the local CWL, organised a pre-meeting event to celebrate International Womens Day and Fairtrade Fortnight – she invited the Gosport Fairtrade Action coordinator, Sarah Hirom, to speak to their meeting at St John’s RC Church, Lee-on-the-Solent. They also had Traidcraft products for sale.

On Wednesday, 6 March, they had an Assembly about Fairtrade with the Chair of Gosport Fairtrade Action, Mark Smith, and

on Friday 8th March The Cookery Club baked chocolate cakes using Fairtrade ingredients and helped by Jane Staffieri, Grandma to one of the cooks and herself a member of GFA. 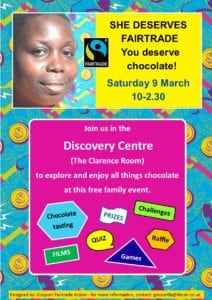 On 9th March GFA held a chocolate tasting  event at the Gosport Discovery Centre in the Clarence Room. with activities for all ages. 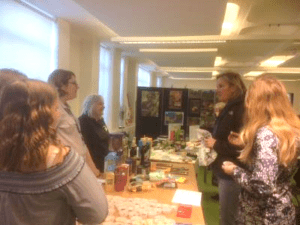 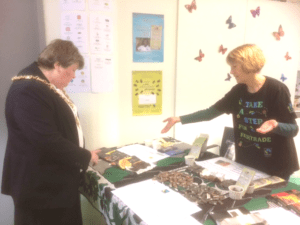 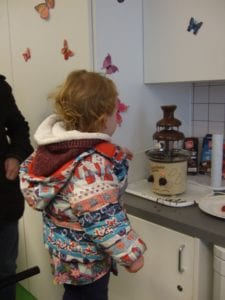 The Chocolate Fountain proved popular with all ages! 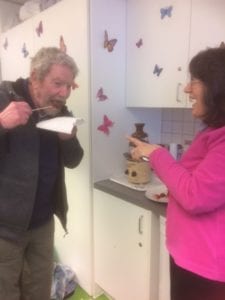